Well, what a pleasant surprise! 10 years since I’ve been in a table with my friends rolling D20, and it all strikes home again. Tales From Candlekeep isn’t just a D&D mechanic based game. It’s a love letter to the tabletop gameplay.

With no more than two ingame turns, the game sells itself to a fan. It’s like XCom and D&D had a baby. You have an unusual set of playable characters. Dragonbait, the lizard paladin, is by far my favorite. You unlock more hero slots as the game develops and tries to teach beginners everything that happen at once into the many turns and sub-turns that the D&D gameplay entrinches (and that DOES remind a lot of Magic, as always).

The map divided into sections is even better than the “reach” system from XCom: you can actually control how much trouble you wanna face at the same time.  Seeing the D20 roll everytime I try to do something, from attacking an enemy to collect dangerous items or disarm traps puts a big smile to my face, everytime.

The World map is divided quite straightforwardly: You go from quest to quest, each one telling a little of the story. It doesn’t bother me, to be honest, and I can understand why they used this approach: it would be ridiculously bothersome to enter into an infinite bureaucracy of chatter with every single new panel unlocked. I like the way it is. It’s oldschool with a new coat of paint.

Graphics: They’re not marvelous, but they make the job done.  Music can be muted to play anything you like, because it’s not bothersome, it’s even adequate, but it isn’t anything memorable. 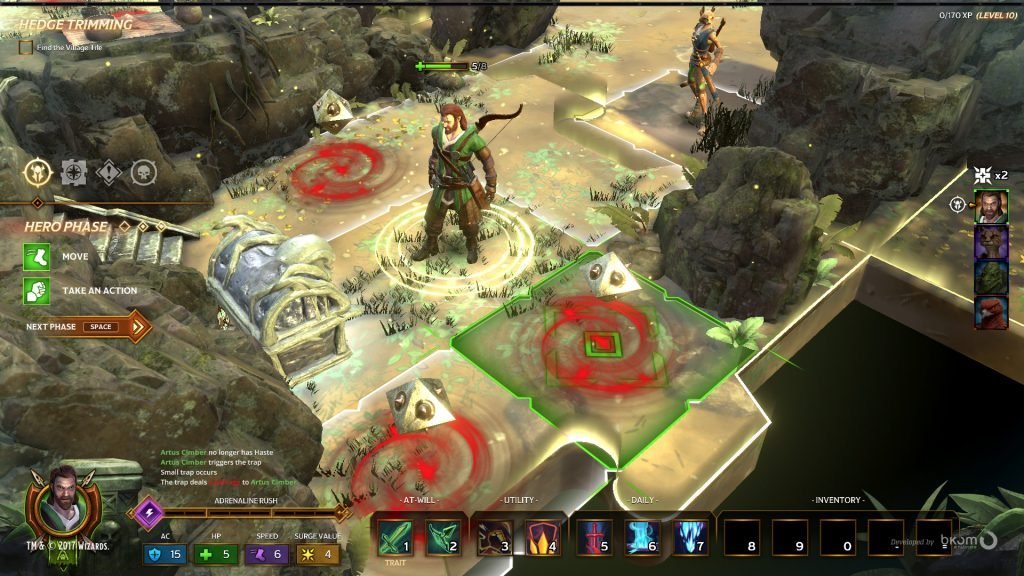 It’s worth the purchase?

Well, yes! If you ever imagined what happened into the head of those nerds gathered around notebooks, pencils and dices, this is the perfect example of what you would find! If you were ONE of those nerds, YES AGAIN.