Dark Legion was released in March / 2017 initially for HTC by Gamespoch, and for PS VR in March / 2018. In this Shooter you play as an officer who accidentally lands on an unknown planet and ends up encountering a conspiracy of the “Dark Legion” and thus forced to destroy it.

When reading this type of synopsis you can even get excited and imagine that the game has a nice and engaging storyline, a great gameplay, since the company had a year to refine the game etc, but I am sorry to inform you that it is not quite like that. Even with the launch difference between the two platforms some flaws and bugs still remain. Do not get me wrong, the game is not all bad, but there are points that have bothered us and we feel obliged to show them to you. In this way, let’s understand each point that was raised in our analysis.

The beginning of Dark Legion

Once you start the game, you’ll already find yourself on your ship’s deck, with no “start” or “options”, let alone cutscenes. At first we can imagine that this was the intention, to aid in the immersion, but if it was, it really ends up not working very well. There’s no explanation of who you are, what you are doing on the ship, only a NPC who calls you Rookie every 5 seconds and points you to something that you should do in the tutorial. 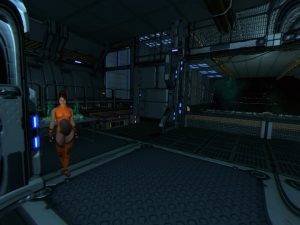 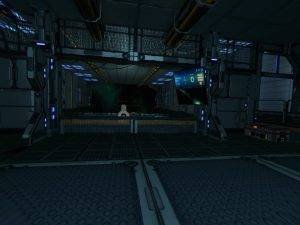 The tutorial is partially complete, showing you the weapons at your disposal, and using the NPC the game asks you to use these weapons, however does not explain very well how. It is possible to play with both PS Move and Dualshock, and with the DS4 you can lose a little in the commands, being less intuitive than playing with the Move. Anyway, as soon as you start the game with one of the options to swap it just by restarting the game … literally closing and opening again with the other control option on, which can be a little tiring. 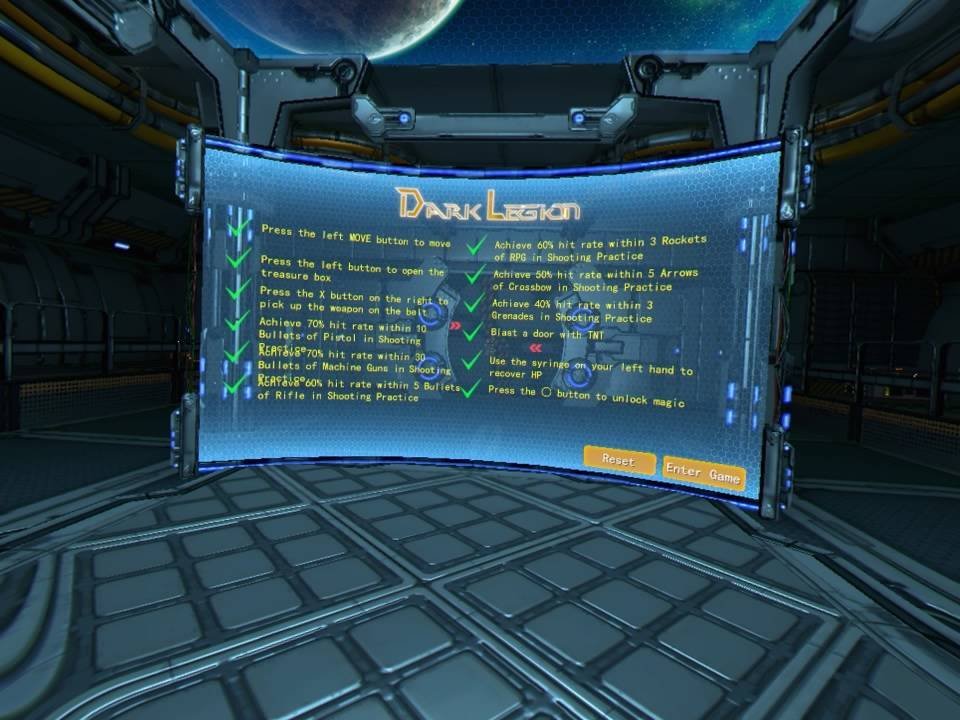 Continuing on the tutorial, there is a to-do list to complete it, but it is not an impediment to start the game story, this will only serve to familiarize you with the game. Here is one more point to ponder: the tutorial takes place on a part of the ship or a station, which is apparently already part of the game, with numerous medical kits and infinite ammunition. But when you start the story does not take with you NO equipment, here it would fit somehow to put the tutorial in or some simulation equipment in the ship or a cut-scene showing that you are in a station, since at any moment you are called of Rookie.

As mentioned before, at any time during the tutorial you can start the story of the game, and in doing so you will be in the cabin of your ship, with the same NPC of the tutorial and without knowing what you are doing there, since the only one thing the NPC says is that they fulfill the mission, then the ship suffers a crash and falls, so the NPC begins to call you Commander, asking you to follow her. 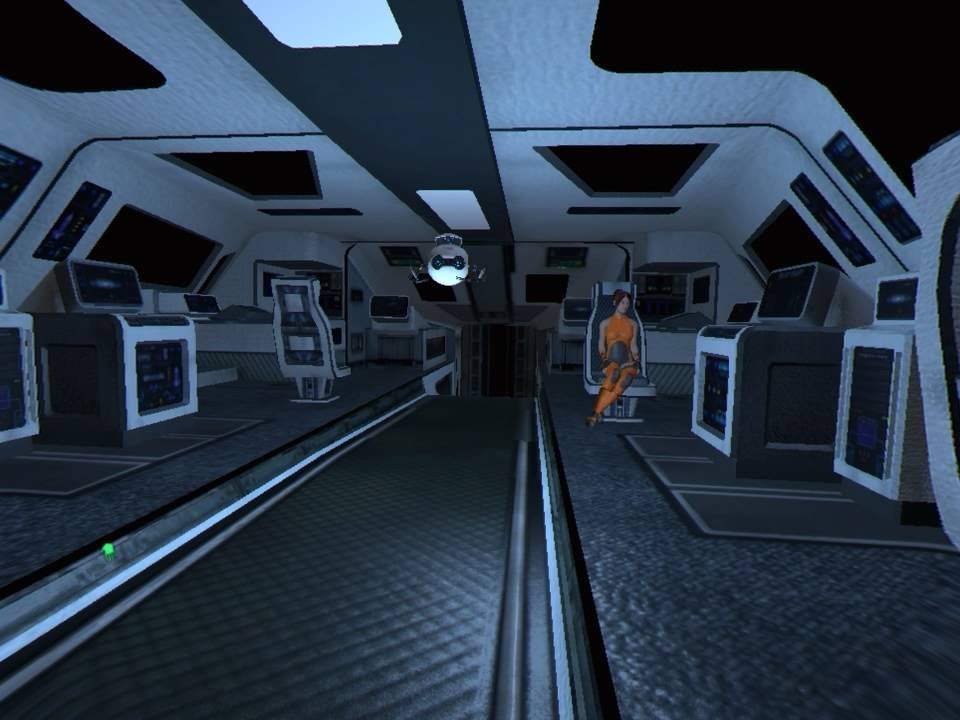 When you leave the ship with your instructor, you are in a dark planet, only to find that a part of the ship’s engine has had problems and that you must walk around this planet to find the missing part (Seriously? of ship left … so out of nowhere). The story is all told through tablets scattered on the map, but nothing that shows very well what happened, only that a troop was on that planet and was attacked, there you like every Rookie who praises himself, out of nowhere, decides to investigate, to discover the that there was and end the threat that took this planet – WTF. 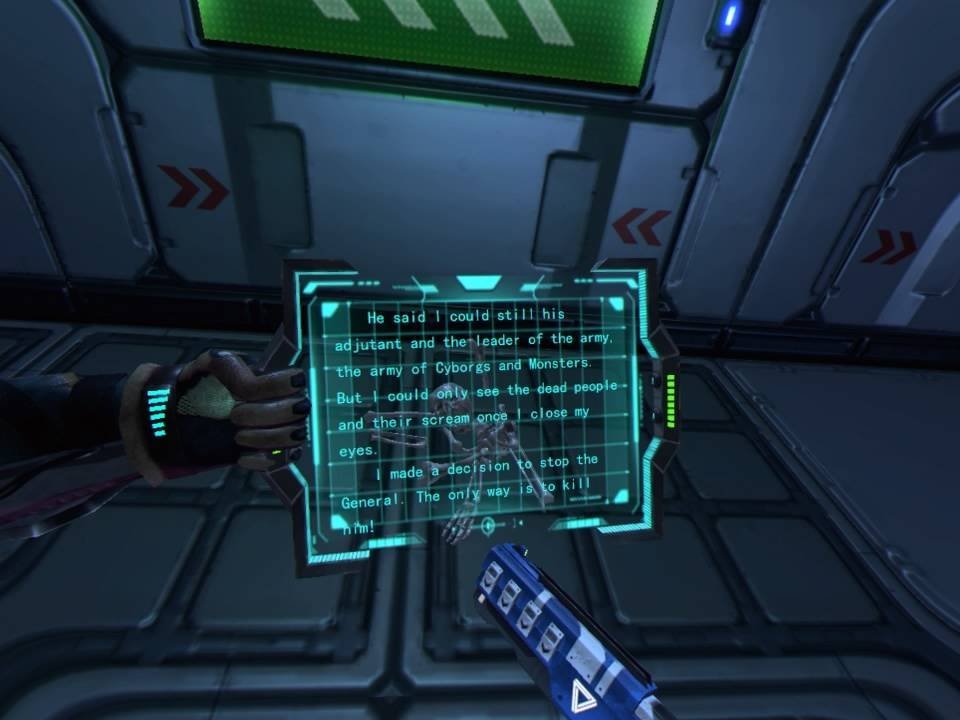 Here we note some things: the first one that the movement of the NPC is robotic and strange too; second, you will have to get used to a boring Robot with its generic sound, accompanying you at all times, including disturbing many of them … and no, there is no way to destroy or silence it; third, even arriving now on the planet you already have a map showing where 100% of the chests and paths are … I do not know how that would be possible. 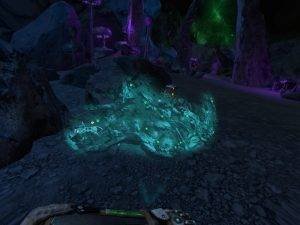 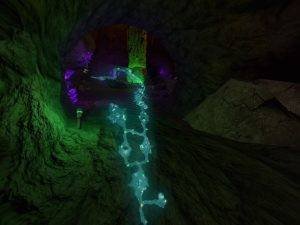 Its movement – when using the Move – occurs in two possible ways, teleportation and common movement, the transition between them occurs during the game, which is a positive point since to cover large areas it is best to use teleportation and to combat common drive, or whatever the player prefers.

The game is divided into 5 levels, each with its challenges and enemies, but all with similar objectives, reach the end of the level, which can sometimes cause you to face a boss to get some code or item to open the door to the next level. And, right at the first level, we notice some bugs, like enemies that pop up out of nowhere, they cross you (I even managed to defeat a boss that way, getting “inside” him and firing up). During battles, if you go backwards, you may end up climbing stones or boxes that should not be accessible. In the transition from level 1 to level 2, I had a crash, the cool part that there is auto-save, so I did not lose anything in the progression. 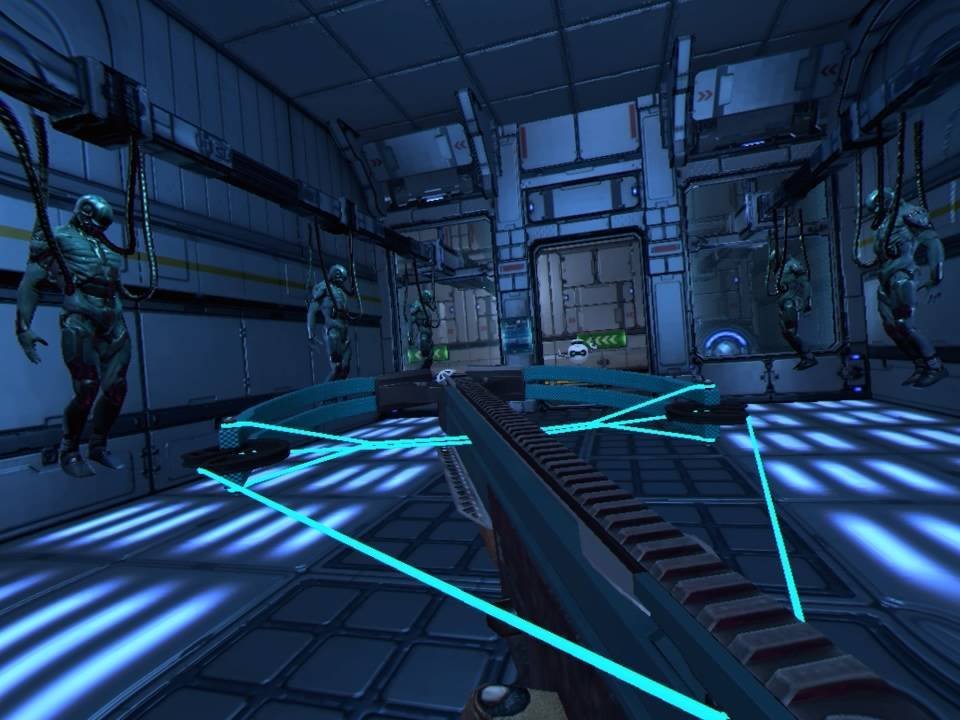 Another strange thing is that there is no choice of difficulty, and with that one imagines that there is challenge … no, you will not be challenged. There are Medical Kit’s in virtually every chunk, and also C4’s – even if there is not much use for those.

Arriving at the end of the 5th. level you will find the last boss, who can give you a little work, but nothing much and after that nothing … nothing at all … there is no impact at the end of the story you simply defeated what appears to be one of the generals of the Dark Legion, but he does not know why. And yet there are no cut-scenes explaining to you whether or not you got the blessed piece to leave the planet.

The weapon system is similar to that of Killing Floor and Arizona Sunshine. As you pick up your weapons they stay in your belt, you can use one type in each hand or two of a kind. What has drawn a lot of attention is that when using the Sniper or the Rocket Launcher you will need to effectively use the scope, bringing the gun closer to your eye… which is very cool!!!

In addition to the weapons you also have a magic ability, which allows you to drop fireballs after filling the meter in your right hand, but it is something that can pass, because the meter takes a lot to fill and only allows you 3 shots . 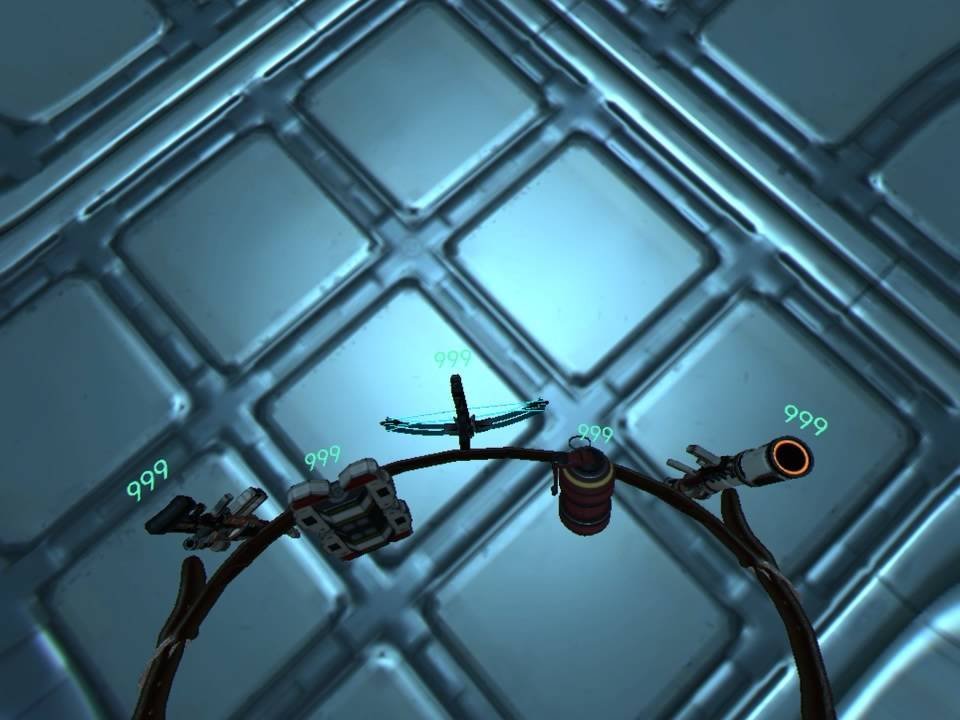 The trophies are very simple to obtain, but they require the replay factor, which is not a good deal for a game like that. And contrary to what you say in the game synopsis, no … you will not spend 12 hours to finish the game (unless you want to platinum it and look there), at most 5 hours to do 100% of all levels.

Dark Legion is a game that has a good idea, but that could have a better execution … maybe if it was more polished or had a better direction. As a shooter has its good points, but nothing that makes it stand out from the others that have in the market, even for the RV. For these and other reasons, better to wait for a promotion to acquire it. 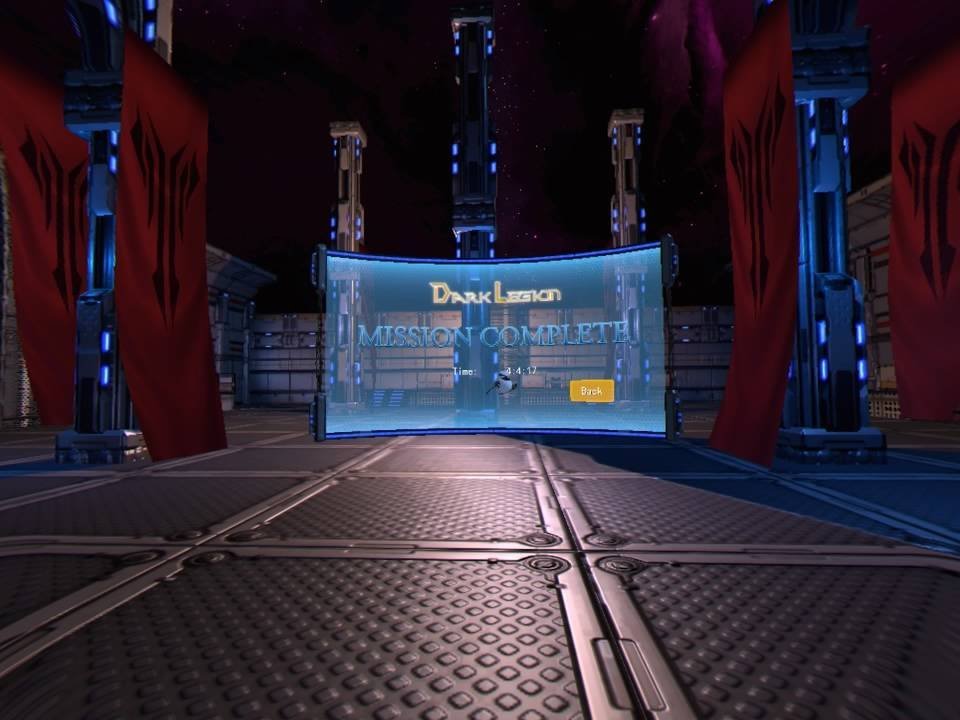